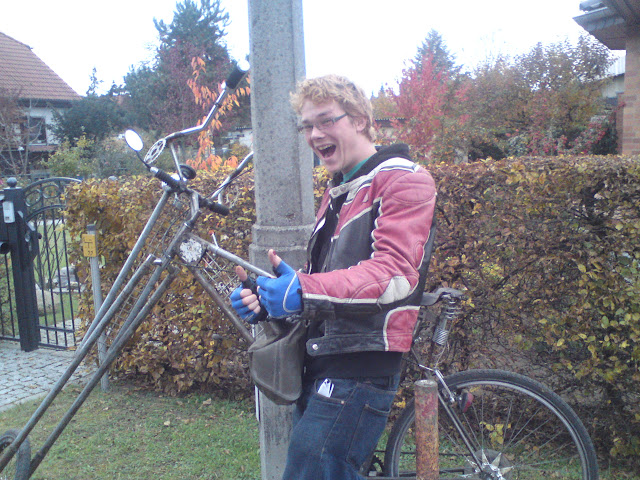 Bike Smut accomplished many things on our 6-month tour, but few joys can compare to the reunification of The Chopper with its owner.

We started out with a dozen tips from various internet postings and eye witness accounts from various contraband vendors. The reports varied some, but most had one or two young boys walking it all over the city. Eventually the tips brought us to a sleepy suburb in East Berlin. Once there everyone we talked to remembered seeing it and pointed us in the direction of a park. 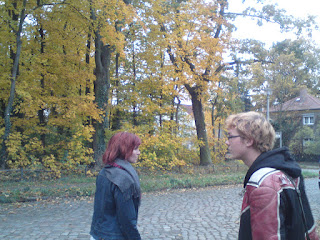 Pornographers searching around for a stolen bike in Autumn 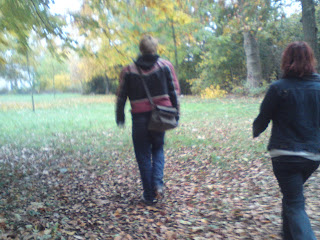 Retrieving a stolen bike can be a stressful challenge. Here our protagonist is confidently walking up to the underage thief. Moments later he calmly says, “I’ll take my bike back now.” 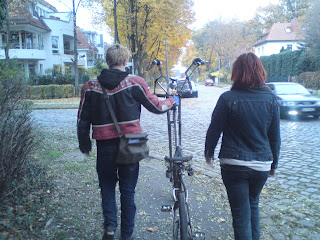 And just like that, the bike is ours again 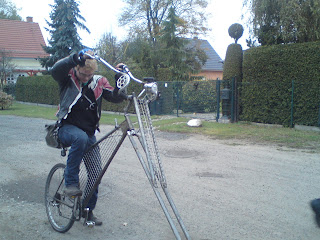 The first mounting after almost giving up hope feels so good 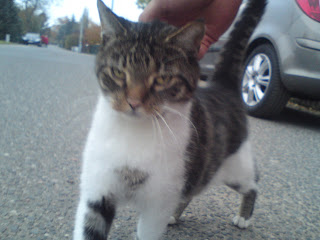 The appearance Chopper Kitty, the friendly neighborhood cat was deemed a good omen
For a week thoughts about how to repay the bike thieves filled our minds. What is the appropriate reaction? What about when the thief is only 15 (and a beat down could result in the cops being called)?
We wanted to share some of the principles that brought us here. To explain to the thief that for 3 years, this bike builder has taken every Friday afternoon to help educate people in bicycle repair and the creation of more mutant bikes, for free so that anyone who wanted one could make their own. It’s obscenely fucked to come into a workshop, break a lock and steal a bike from a place that would give you parts and time to make your own. That he trying to sell if for 100 euros made it clear that he was not a very smart thief. That he walked around town claiming to have built it made it clear he doesn’t have very bright friends.
In the end it was decided that time spent trying to demoralize a person who is clearly without morals is not as enjoyable as just riding bikes.
All told it was a pretty wild ride. The mother-child-like bond between the bike and its builder was clear. Bringing them back together will be a memory we will treasure.