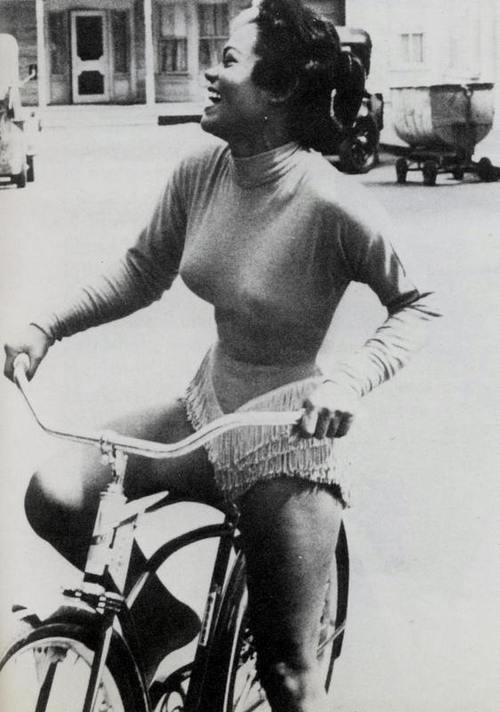 Many of you have seen her, either on stage dancing to Eartha Kit (the beloved soulful voice that describes what she might do to you, underneath the bridges of Paris) or deftly breezing around traffic on her fixed gear, British-made ‘Falcon’. But even if your only introduction to Poppy Cox was in her recent essay on slut-shaming, (in reference to when a commenter on this blog referred to her as a “spokeslut”) you are aware of her impact on Bike Smut.

Beyond crafting new bikesexual graphic images and press packs (because the media can’t have a DVD we might as well try to let them know what is in store for people) she has also been able to pick up a number of interviews. Just last week Elle of Tits and Sass sat down with Poppy to investigate  some of the more feminine juices that have been flowing around these parts.

Between April and November, and we visited 21 countries and 63 cities, showing our films. They loved us in Italy, people went nuts, and we were in television news. We really want to inspire people to actively pursue feeling good, and we think riding bikes and having sex are great ways to do that.

That and more of our Poppy Cox is avilable on line and possibly riding a strip club pole or bicycle  near you!

Here are a few more pics of Eartha Kitt. She was quite an inspiration! 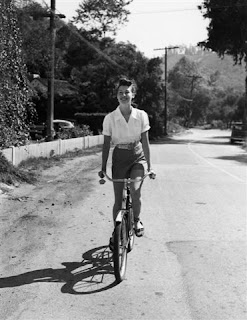