revphil Posted in bikesexual industry, celebrity, Filmed By Bike, portland — No Comments ↓
What a week it has been! We got to enjoy the private company of not just one, but two legends. 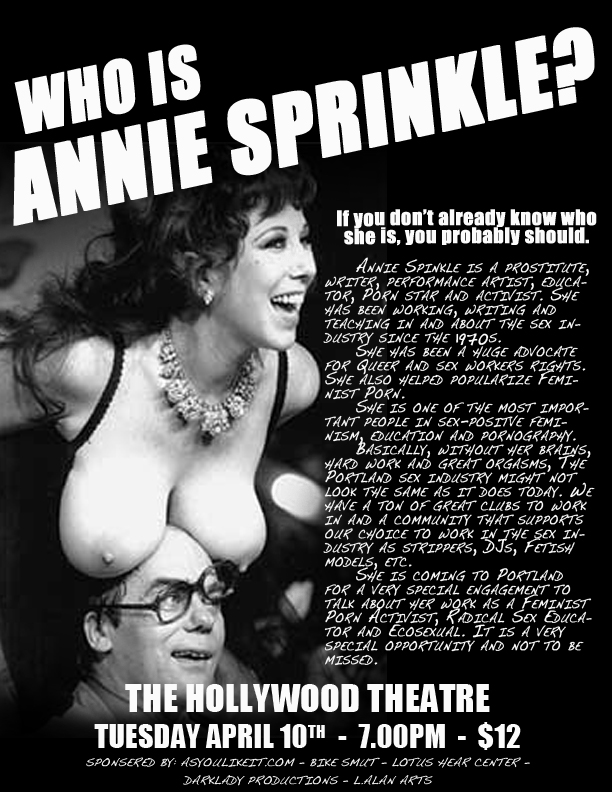 We were considering ourselves blessed when she asked us to cosponsor her event, and we were somewhat smugly proud when she asked us to say a few words at her screening. But if only you could hear her exact words when she introduced us. It was something like, “I am so excited about this next project, these guys are helping people find their own ecosexual voice and are totally sexy.  I am proud to be able to introduce to the stage Reverend Gasper Johnson and Poppy Cox”

Then we got word she was working in Eugene providing sex advice to strangers… right on the sidewalk! How fucking rad is that, taking the sex positivity to the streets! 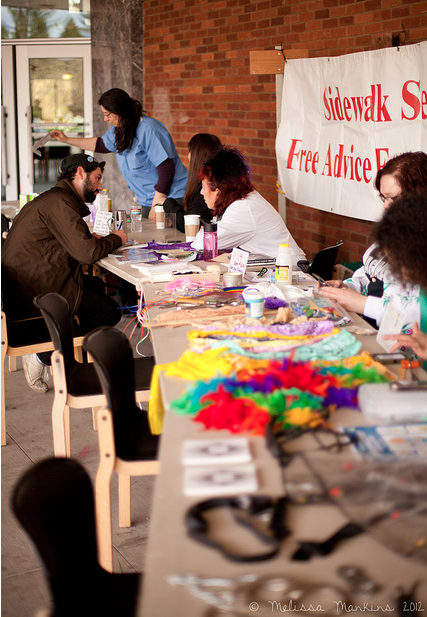 We were so excited we stole this image from  Melissa Mankins (we hope are stoked she will let us keep it up)!

Then on Friday started the 10th anniversary of Filmed By Bike, a locally grown (to Portland) festival of bicycle movies. Our curator had the fortune of helping to make it happen, by emceeing the 1st wildly popular screening and submitting films to most of their programs over the past decade. Adding to the excitement was none other than bike manufacturing legend, Gary Fisher. He and a few others popularized mountain bikes so much it has taken 20 years for the community to recover from the embarrassment. He was in top form tonight, wearing a crisp red plaid suit and hat and was pretty fucking sharp for a guy who gets paid to party with bikers. 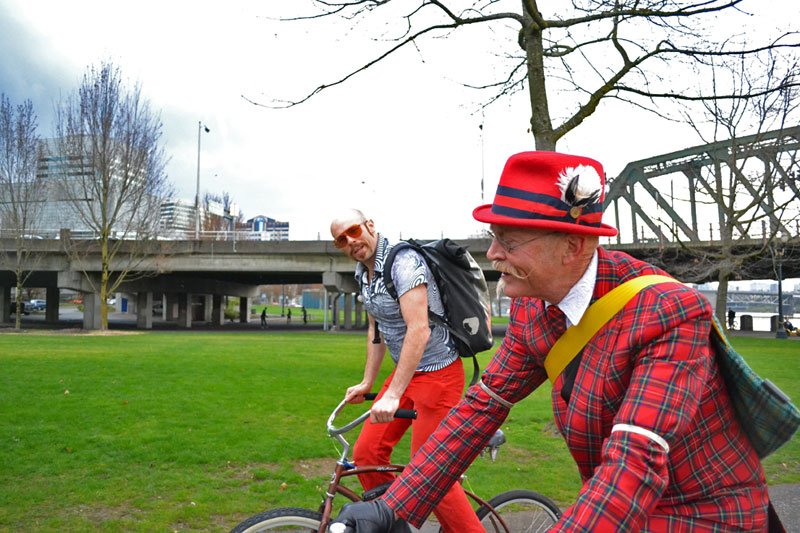 Upon learning reading our informational handout about us, his eyes lit up, “I LIKE this!” He declared emphatically. Being able to take a relaxed ride from downtown to the Clinton St Theater and enjoying a bit of intoxication was also delightful.

If you or your friends ever get the chance, these two celebrities are totally BIKE SMUT APPROVED!