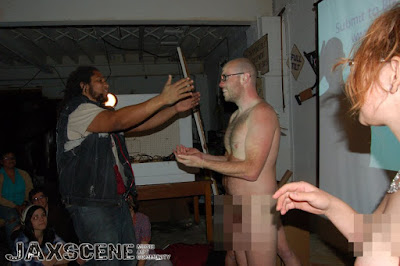 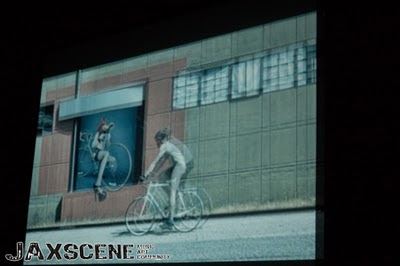 Here are some pictures and random memories from our final stop in Florida: 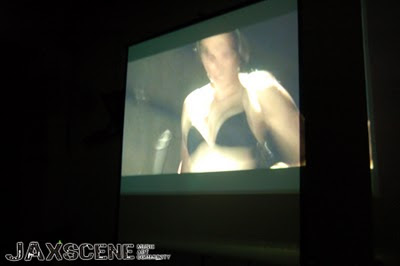 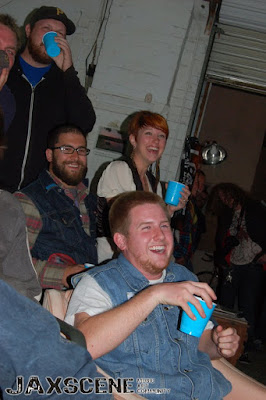 There was bikes and sexual perversion… IT WAS GREAT!

Behold, our hosts and performers who are probably both mostly hetero in their sexual persuasion totally giving it up for each other following an epic transformation of the Zombie Bikes new space into a micro theater and venue for rad music.

This was probably the most well received screening since we left Salt Lake!

Put it in her bottom bracket!”

It was a pretty spectacular night, with outstanding hosts (even though most all of our hosts have been outstanding, which technically speaking does not seem possible).

We had a polo court that was built that day and had lights and scaffolding from a volunteer who drove over an hour just to play a few games.

There was low to no cost beer, which flowed with sustained fortitude for most of the evening. 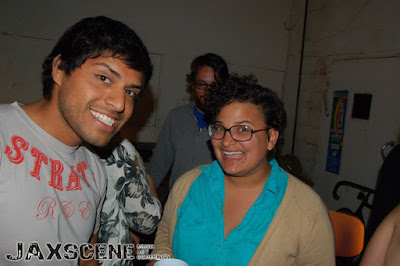 But even without this alcohol we think that the Jacsonville crew would have been absoultly stoked about what they saw. 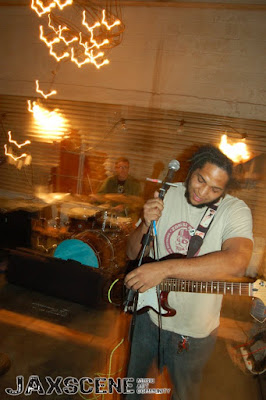 The evening capped with a pair of live bands who totally made the people rock out as they striped and sang and dance until they lost their collective zombie minds.

Now then… get ready for CycleSLAUGHTERaMAMA, where we are playing the the legion of bike punks Friday night!

Behold the 1400 seat capacity of the Byrd Theatre