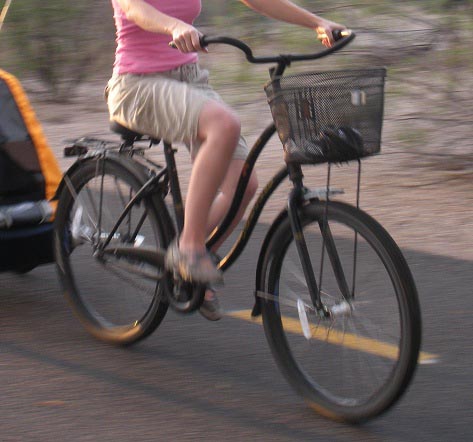 There are themes each year, but the theme never quite actually winds up being what it’s supposed to be. It was supposed to be _The Orgasm Trail_, but the recurring themes in the shorts were fuck machines and forest nymphs. Lesbian hookup shot stop motion made another appearance this year with more bike content in it, but it’s hard to top the first take where this was done entirely with Poloroids. The whole affair is completely DIY. Films come from local bicycle communities. Some times they’re clever. Often they have elements of parody. Often they’re just artsy. If you’re turning your nose up because you’re afraid you might catch teh gay or the actors might not have the correct tit:ass:waist ratio, well, you’re doing it wrong. If it were commercial, safe, and predictable, it wouldn’t be interesting.
Anyway, even if you didn’t make it to the show doesn’t mean you can’t make a film. Films are shown in a traveling exhibition for a year and then destroyed, so you can still run for president. They don’t have to be and often aren’t explicit. I’ll loan you my, eh, vintage, Fisher Price PixelVision 2000 camera, if you like. Eg:

http://www.youtube.com/watch?v=hyLtVLR5Rrk.
In the words of John Maynard Keynes, we devote our intelligences to anticipating what average opinion expects the average opinion to be. Fuck that. Some dude named Maynard has more balls than you. Make a film. 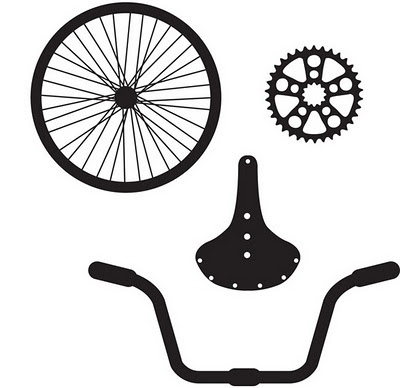 we couldn’t say it better. and while I am pretty sure no Bike Smut movies have been made out of just Polaroids, many have used film and still cameras in leu of the fast and easy digital camcorders.

regardless of how you choose to capture your inspiring images of sexy transportational freedom make sure you share it with us so we can share it with the world!

photo credit to Tucson Velo
and the Atlantic