revphil Posted in Uncategorized — No Comments ↓
Today is International Day to End Violence Against Sex Workers.

Founded by one of our favourite sex worker and eco-sex activist, Anne Sprinkle as a way to “memorialize my whore sisters that had died so horribly and needlessly.”

Today, I was so overwhelmed by the powerful and moving tweets on #dec17, I decided it was time for me, as a privileged (ie: middle class, white) sex worker to ‘come out’ to my greater network of friends on facebook. While I am fairly open about what I do, I realized I had never stated it publicly, and I have a much further reach of friends on FB than I do in my day to day life. I thought it would be especially beneficial to some maybe well-meaning but misinformed old friends that might not know how their prejudices continue to stigmatize an already marginalized community of people. And, who can blame them. There is so much stereotyping and pigeon-holing from politicians and the media with no real representation from actual sex-workers.

So, I thought it might open their minds if they realized they already knew a real life sex worker who doesn’t really fit into many of the usual stereotypes. I am not addicted or abused. I choose my occupation and I like it.  So, here is what I said:


Today is The International Day to End Violence against Sex Workers
Sex work is the world’s oldest profession. It is as old as patriarchy and capitalism and as long as our society is governed by these things, sex work will continue. Sex work will not stop through criminalizing or stigmatizing it. Any attempt to stifle it through laws or culture will only result in more violence and danger in the work place.
Sex Workers do not need to be rescued from their(our) work. They(We) need to be rescued from the stigma and shame that society places on their(our) work which is what makes it dangerous. Sex Work is not bad for women, it is the patriarchy that classifies women as single-faceted and less than human. It is patriarchy that condones violence against us every single day, no matter what we do for a living. One can argue that within patriarchy all women are ‘whores’.
Sex Worker rights are WORKERS rights. Sex Worker rights are HUMAN rights. Sex workers sell their body in exchange for money, which is what each and every one of you employed people does every day. Sex Workers are every bit as human as you and are just as undeserving of violence and harassment in the workplace or anywhere as YOU are.
Despite what you are told in the media, most sex workers choose their work. They are not trafficked and usually, anti-trafficking laws and those enforcing them, end up hurting many more than they ‘save’.  They are prejudice and racist in assuming that, women, especially women of colour, are unable (too stupid or gullible) to make decisions about their life, livelihood and body themselves. Therefore, the only way any person would choose sex work as a profession would be through coercion or enslavement.
In an attempt to humanize sex workers, rather than thinking of them as the butt of a joke or a poor stereotype in a book or movie, I thought it might be nice for you to learn that you already know one… and it’s me. If I don’t fit into the archetype of what you think a sex worker is, maybe thats because most stereotypes are too general to fit anyone. I choose my work for many reasons. I like what I do and it affords me time to do other things I enjoy too.
I am a feminist. I am a sex worker. I hope knowing this about me will make you think twice before judging others and continuing to stigmatize and endanger us. Stand with sex workers, not against them. It is not a case of us vs them. Sex Workers are people, just like me and not so different from you. 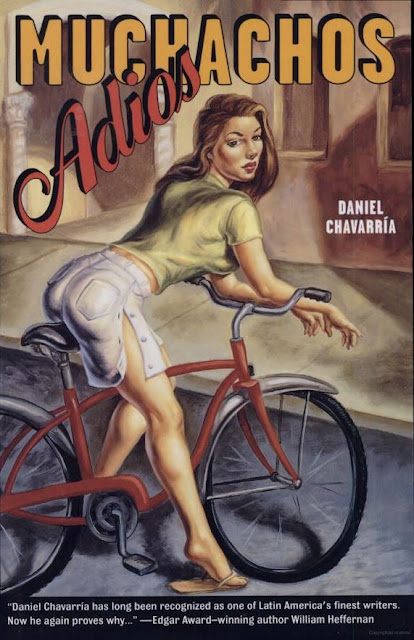 And now to link this all back to bikes…. of course. Cyclists are marginalized and vulnerable road users. Just like sex workers, despite the stigma attached to differing from the norm of society, cyclist still deserve equal use of road space. Cyclists are people, just like drivers, and do not deserve violence directed towards them on the road. So cyclists, next time you think about stereotyping sex workers, you might want to think about how stereotypes of you, and how if more people stood up for your right to not be hurt in your daily commute, how much safer the streets would be for everyone. The more friends and allies that speak out for and support sex workers in their choices, the safer they will be.
And then we come to how the bicycle dramatically affected and still affects the liberation of women. The ability to rely on your own body and choose how and when and where you go will always be liberating. Just like being a self-employed, self-sufficient, contributing member of society, (like so many sex workers are or have the potential to be) is good for the community at large.
Please support: www.december17.org
and www.swopusa.org