John Brennan, also known as Naked American Hero was found not guilty in a trail today for charges of indecent exposure for free speech action at PDX, also known as Portland International Airport.

(“PDX” is the abbreviation of the airport which we often use to avoid having to write “Portland” because we are all so fucking busy that typing the extra 5 characters could cause a massive reduction in the quantity of awesome, self-indulgent bleeting*) 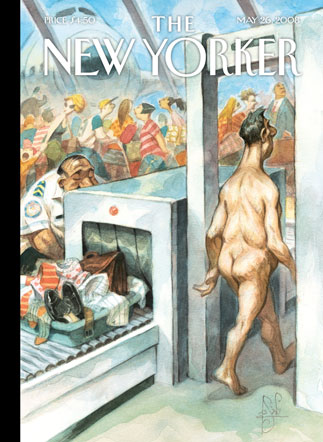 Brennan flies out of PDX for work regularly. That means that he regularly endures the rather fanatical behavior of the represanitives of the Transgressive Sexual-Assault Association, also known as TSA. On April 17, 2012 Brennan had suffered enough indignity. For although he is a regular participant in Portland’s World Naked Bike Ride, he knows the difference between the natural honesty of a consenting nude body, and the embarrassing ordeal of being stripped naked against one’s will. If Brennan was going to be strip strip searched than at least it would be in the safety of public view. He stripped naked right there by the conveyer belt to prove he wasn’t hiding anything.

Specifics details of the day’s events and more on the topic of nudity and perceived security via The Daily Beast.

In the trial the District Attorney relied on the TSA agent’s ability to carefully reconstruct the scene of the crime.

“Did you see his penis?” asked the prosecution.

A damning hush did not fall over the room. The weight of the witness’s testimony falling on the court like so much limp dick.

Thankfully for Brennan, the defense had the advantage of utilizing the “My wiener is political speech.” defense.  In the court of law, (when the 1st amendment is still recognized) “1st amendment genitalia” vastly trumps the TSA’s right to prudishly declare they had a right to a private show. Which is where a lot of this rubber is meeting the road.

“Please don’t show me your wiener,  others are watching me, looking at you.” The TSA agent implied with a sideways glance. 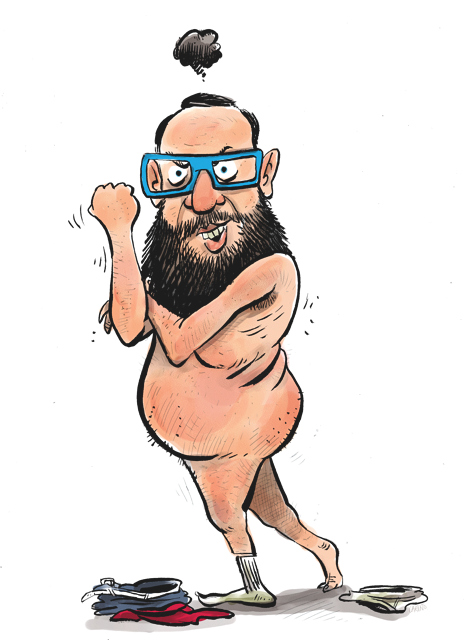 For this crime against humanity Brennan was handcuffed and arrested but today Brennan was declared not guilty. I believe this is partly due to the fact that he lives in Portland, fucking Oregon and sometimes we are not as crazy as we may seem.

[bleeting = blog tweeting, or tweeting about a blog, or any form self-referencing media hyperbola]