Wanton in the Windy City

revphil Posted in Chicago, Critical Mass, sponsors, Tour de TriXXX, Turning Trixxx — 1 Comment ↓
When I think of Chicago, the first thing that comes to mind is the neon rainbow lit walkway at the airport. While the connection between bikes and sex to this big piece of public art in the biggest city in the midwest might seem tenuous, when you think about it, it actually relates quite well. First, it being a rainbow, which is now synonymous with a representation of a variety of sexualities in the LGBTQ community, and second it being a walkway at an airport, which is all about transportation, albeit not human-powered. 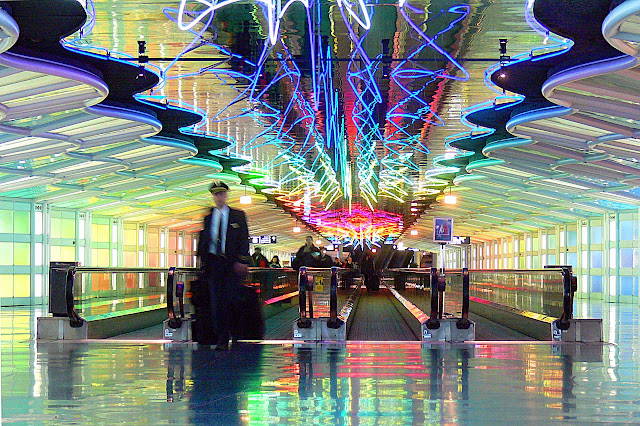 But enough with my mumbo jumbo, all you need to think about when you think about Chicago this week is super hot bike sex!
On Friday, Chicago will celebrate 15 years of riding in the streets with Critical Mass. The ride will start at the usual spot which is:
Daly Plaza
5:30 pm
AND THEN……
Bike Smut 6 Turning Trixxx happens on:
Saturday September 29th
at the Music Box Theater
3733 N. Southport Ave
11:59 (midnight)
18+ 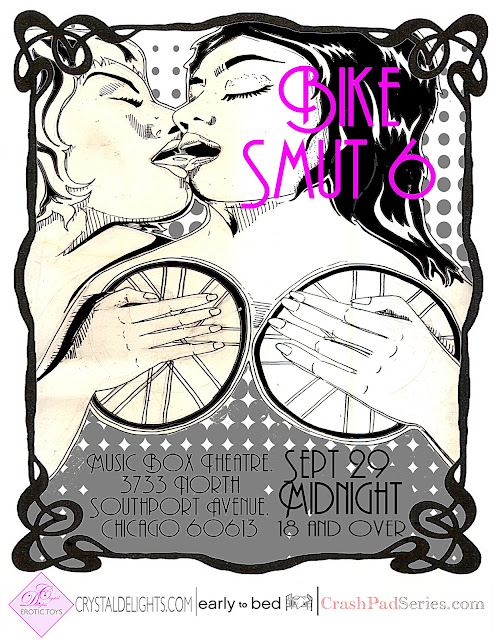 Thank you to Kristina Hill for the great local poster art.
After you get all worked up from the screening, it’s advisable to take a bike ride over to our wonderful local sponsors, Early to Bed. (Or be prepared and ride over there before the show!) Early to bed is Chicago’s local sex-positive and female friendly sex shop. Not only do the serve their community by helping to support more sex-positivity, but they also supported Tour de TriXXX in Madison, Milwaukee, Chicago and Detroit! 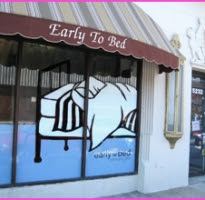